The Lyon-Turin: €3 billion worth of work for the tunnel between France and ItalyContracts awarded to the consortia led by Eiffage Génie Civil, Vinci Construction

The TELT board of directors, which met on 7th July online between Rome and Paris, has given the go-ahead for the signing of contracts for the construction of the base tunnel in France. The construction sites that, at the peak of the work will employ five tunnel boring machines, represent an investment of more than €3 billion, co-financed by Europe, Italy and France for the excavation of 80% of the Lyon-Turin base tunnel.

The railway tunnel under the Alps between France and Italy will be one of the longest in the world: 57.5 km in two separate tubes, to keep separate the flow of trains in both directions and ensure complete safety, for a total of 115 km of tunnels. In the coming months, the Italian lot, worth approximately €1 billion, will see the excavation of the tunnel that will emerge at Susa (Turin).

The Lyon-Turin railway line represents the primary section of the Mediterranean Corridor, the TEN-T European rail network axis linking the Iberian Peninsula to Eastern Europe, and will make it possible to cross the Alps at a plain speed (220 km/h for passengers and 120 km/h for freight). Thanks to this railway line, over 1 million lorries will no longer be present on Alpine roads, with significant environmental and economic benefits. This project is part of the modern and efficient railway corridors being set up at the behest of the EU to reduce road transport and C02 emissions: it is fully in line with the objectives of the Green Deal. 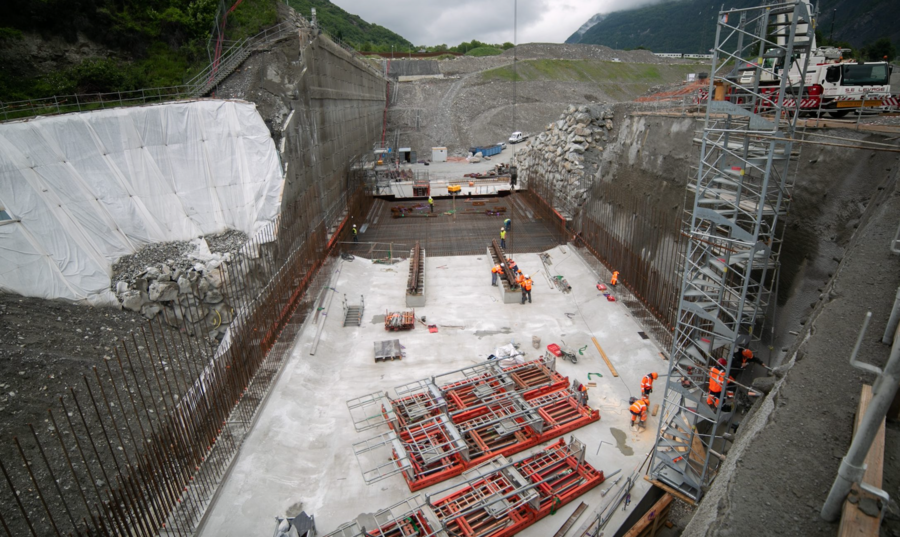 To date, a total of 30 km of tunnels have been excavated. This represents more than 18% of the total 162 km planned for the project. This complex machine comprises two parallel tunnels, four access adits and 204 safety bypasses. 113 km of exploratory surveys and core drilling in Italy and France have also been carried out. Environmental controls in the construction site areas are undertaken constantly, with daily measurements of 135 parameters (from water and air quality to the protection of flora and fauna, etc.). At the peak of the work, the project will employ approximately 8,000 direct and indirect workers.

The tender process and awards criteria

The tender process has taken place in the context of the pandemic, which has imposed restrictions on travel, face-to-face meetings and on accessibility to the construction sites. However, the IT equipment available ensured the efficiency and confidentiality required to deal with the complexity of the bids analysed (almost 30,000 documents were received), which between June 2020 and May 2021 were evaluated by a team of 70 people, including the work management and TELT executives in 138 meetings of negotiations with the candidate companies.

In the evaluations, the economic criterion was flanked by a technical criterion that first of all assessed the quality of the proposed solutions: the enterprise consortia presented efficient programmes from the point of view of implementation time, environmental protection and employment inclusion. In particular, the companies made an important effort with regard to the inclusion of people with work difficulties, proposing more than double the number of hours of the basic requirement for this quota of employees.

The lots and winning enterprise consortia