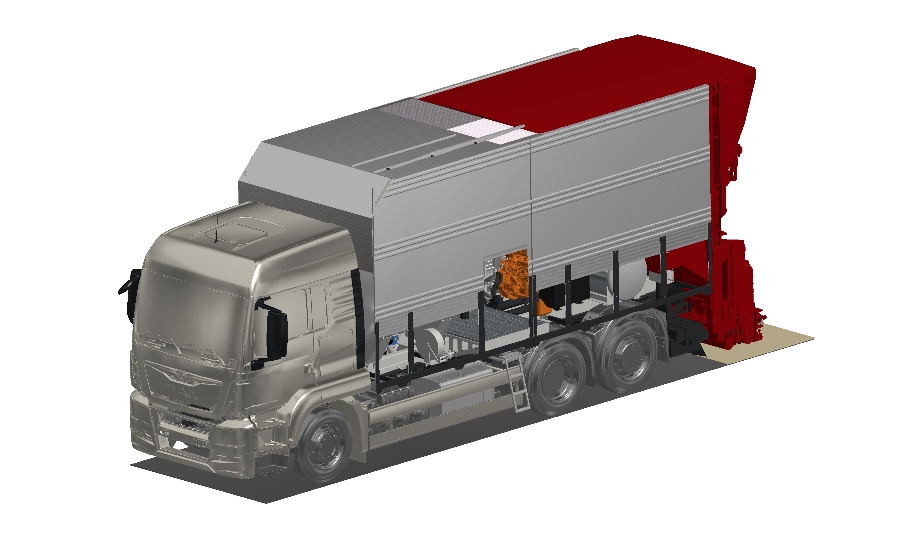 Supporting operator work by increasing the possibilities of the machine usage thanks to its design! This demanding target had been achieved by a highly respected manufacturer, active in Italy and on worldwide basis in the market of plants and machines for roads contractors. We’re talking about Massenza, presenting at the beginning of 2020 the evolution of its technology in terms of combined machines, i.e. spray tanks and grit spreader joined in one unique machine.

For some years, the “Combimas 10” model had been already working on our roads, necessarily installed on a 4-axles truck, being equipped with a 10.000 litres binder tank and a grit hopper of 10m3. Soon, besides this “big” machine of the fleet, a new version will be there too that can be installed on a 3-axles truck, resulting in a more compact machine working on roads and, as a result, with a bigger manoeuvrability as well as an increasing in the number of sites where using it!

The new machine - called Combimas 7000-4 - has a binder transport capacity of 7.000 litres while grit hopper can be loaded to the extent of 4m3. Its flexibility should be emphasized, given that the machine is able to perform surface treatments with either emulsion or polymer modified bitumen; high quality work is also ensured by the indirect thermal oil heating system, giving the possibility of continuously spraying binders, thanks to a variable widths and spraying-spreading synchronous system too.

Actually, the new Combimas is equipped with 2 mobile hoppers and 2 grit dosage/spreading systems. Machine managing had been also implemented: the binder and aggregates dosing can be managed remotely with a remote control, while in the cabin a Touch Screen facilitates all functions, in both automatic and manual mode. Finally, Massenza has already obtained the vehicle approval in accordance with existing ADR regulations for transportation of dangerous goods.