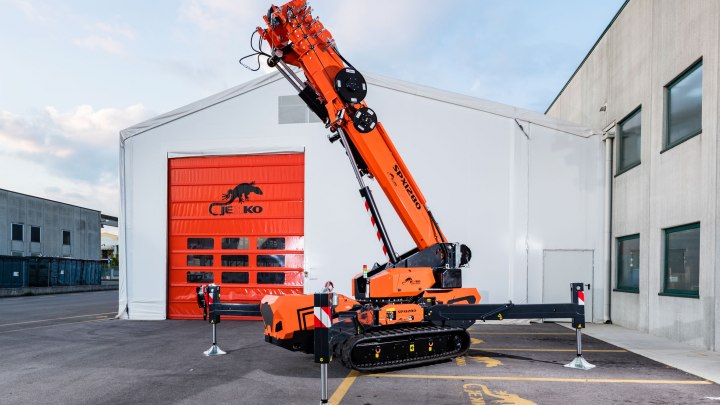 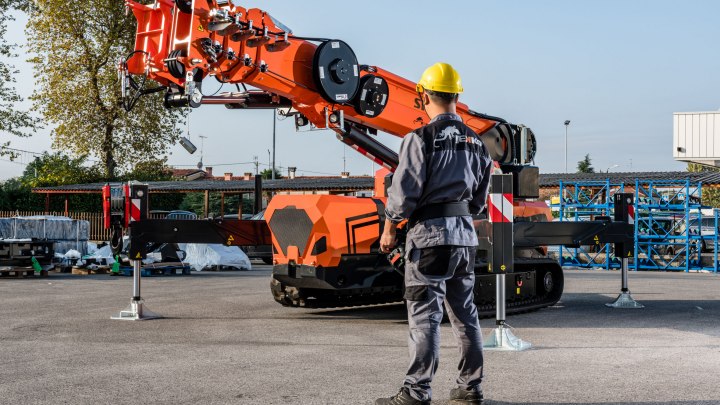 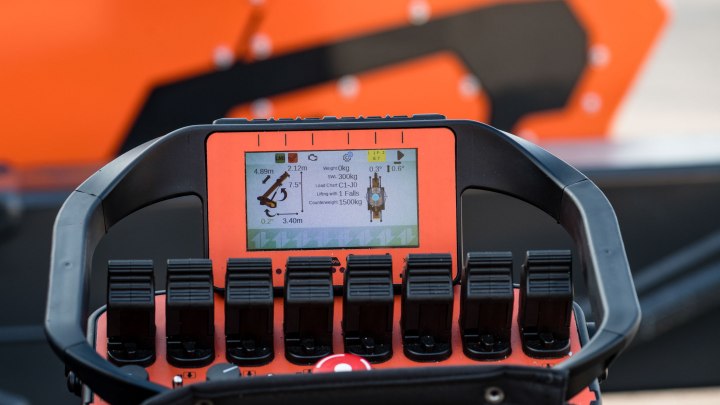 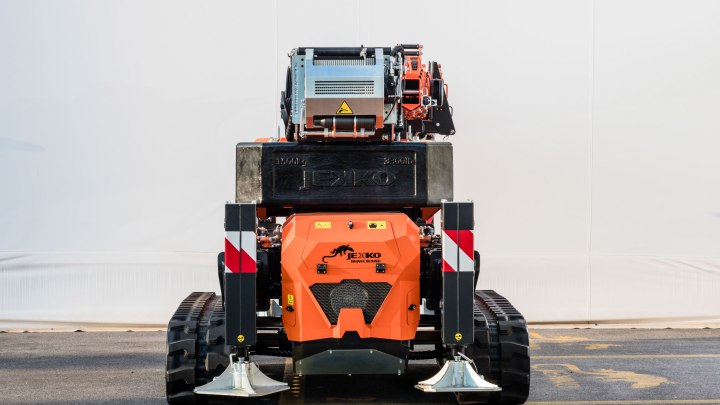 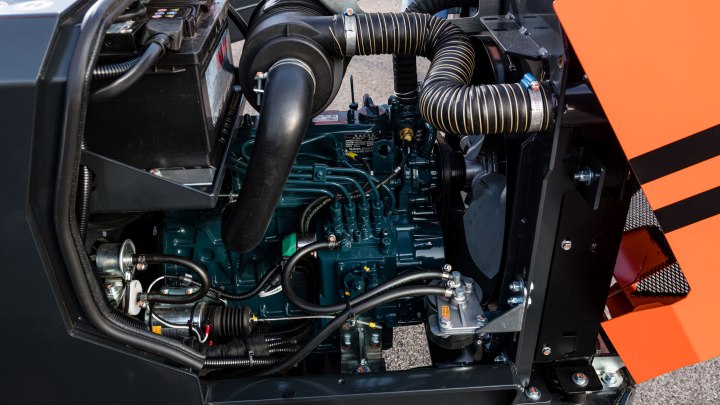 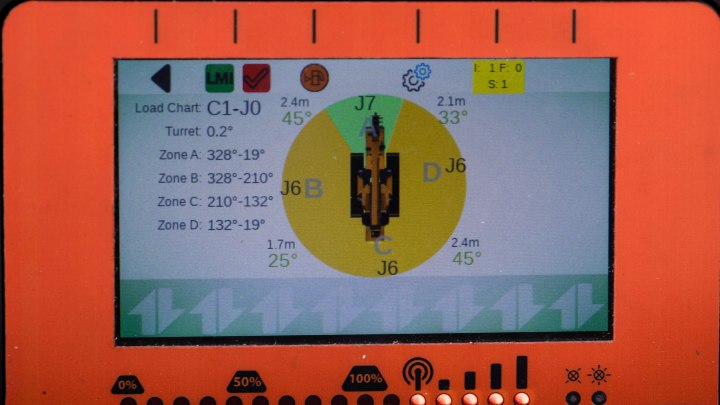 You might see the world in black or white, or consider a glass always half-full or half-empty. But between the extremes there are endless options. This is the concept underlying the new SPX1280: beyond the limits, the world has no limits, and the operator turns into a painter whose palette offers all the colours of the rainbow and their endless combinations and nuances.

From art to yard, the step seems far too long but it’s the principle that counts and makes everything easier. The SPX1280 encompasses new-generation technology that fully exploits the concepts of stability and hoisting.

This results in straightforwardness and versatility for the operators to enjoy a new working experience and endless operating configurations, pushing to the extremes the concept of performance. A closer look at the characteristics and performance of the new SPX1280 will make the users feel several light-years have gone since the launch of its predecessor, the SPX1275, that now gives way to Jekko’s newborn after long years of good and loyal service.

“This machine is a real blank page for the operator, who can use endless configurations to be exploited very easily, notably through a completely revised user interface – maintains Mauro Tonon, Export Sales Manager Jekko. – The SPX1280 has a maximum safe working load equal to 8 tons and reaches 26.6 m in height when the hydraulic jib is installed. Considering its weight, size and stabilization area, it’s no doubt the most performing machine within its sector. And of course the Pick & Carry mode for operation at 360° with a 2-ton load, Jekko’s trademark, is obviously available.”

The governing technology of the new SPX1280 offers a completely new approach for the operator to manage different working situations. In the past the configurations that allowed to reach the stability required were extremely limited and affected the work dynamics; nowadays the combination of stabilization system, sensor technology, software and a new user interface generates endless working situations. The core of this crane is its new stabilization system - that makes the machine adapt to no matter what working environment - and the well-known hydraulic jib with three extensions that can be stowed either under or on the side of the main boom.

The stabilization system of the SPX1280 considers several factors in order to determine the possible working conditions. Depending on the opening angle and the extension of the stabilisers – as well as the possible use of the counterweight – the machine software can define in real time the maximum safe working load in a specific point. In the past this wasn’t possible at such an extent since partial extensions of the stabilizers and 0° to 45° intermediate angles couldn’t be taken into account. The stabilization degrees have increased from four to seven and their displaying on the interface is easier and user-friendly.

With a new hydraulic system, this crane has smoother and more precise operation, which increases the operator’s feeling of control. This 100% electronically-operated supply system has been enhanced to offer new functions such as jib extension and arm lifting at the same time, smoother and more performing tracks, operation while combining four functions at a time.

The SPX1280 features a 19kW Diesel engine fitted with a variable displacement pump that increases the efficiency of the whole unit while fully exploiting the engine power depending on the operation under way. This means better performance and reliability as well as considerable fuel reduction. The new engine (Stage V, Tier 4 Final) complies with the 2019 EU emission standards.

The SPX1280 is operated via a new user-friendly radio remote control designed by Jekko’s in-house team. Five configurations are possible: Pick & Carry, crane, stabilizers, crosspieces, and travel. A single radio remote control starts, configures and operates the machine and its tools: no more on-board controls, it’s everything in the operator’s hands.

In the constantly developing market of hoisting equipment, the new SPX1280 is a major evolution and sets the bar higher for what concerns technology innovation.

Similarly its predecessor, the SPX1280 is used when height and load are elevated: laying of glazed panes, industrial maintenance and assembly, constructions and building, but its versatility can be better appreciated when hoisting is carried out in confined places.

“We’ve received orders covering all of 2019 and the first quarter of next year. Our overall production budget for this model in 2020 is of at least 40 units, – explains Mr. Tonon – several destined to Central Europe, the United States, the Middle East and China in addition to our traditional markets.”