Italferr SpA, part of the Italian State Railways Group - Ferrovie dello Stato Italiane, designs and builds (work supervision activities) large-scale infrastructure projects around the world. Based on the organization’s more than 30 years of experience in the industry, Pergenova Consortium Company chose Italferr to design an emergency replacement for the 1,182-meter Morandi Bridge over the Polcevera River in Genoa. The bridge is part of a key roadway that links Italy and France and is a main access point to a nearby airport.

In August 2018, a 210-meter section of the Morandi Bridge had suddenly collapsed. Cars and concrete slabs fell onto apartments, factories, roads, and railways. Though the cause of the collapse was never officially determined, corrosion had affected the bridge’s structure and repairs were scheduled to begin only weeks after the collapse. The remainder of the bridge was demolished months later.

The collapse closed three rail lines and added 120 kilometers to road travel. Consequently, rebuilding it as quickly as possible was critical for the city’s long-term economic and cultural health—and construction would need to begin as the design progressed.

Complicated planning on a tight schedule

Italferr faced the challenge of completing the design of the EUR 202 million project in only three months - extraordinarily fast for a project of this size and complexity. It also had to create a simple design while incorporating new Italian safety standards for the cross-section of the deck and the curvature radii of the junctions and entrances. Lastly, the project team needed to design and build the bridge on the same footprint as the previous one, with reinforced concrete piers positioned 50 to 100 meters apart. Each of these piers will have a continuous cross-section for their entire height. 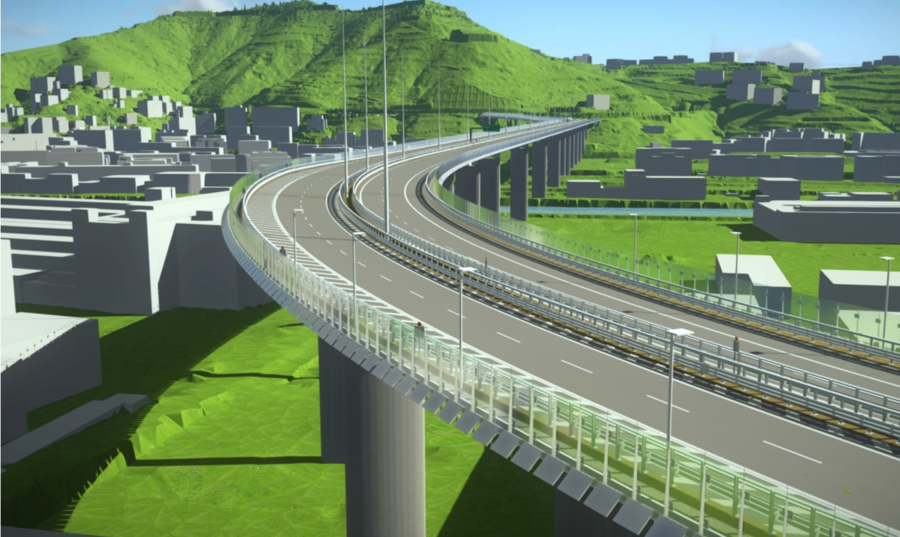 To ensure the accuracy of the design while staying on schedule, Italferr used Bentley’s BIM methodology and created a digital twin of the viaduct to streamline workflows throughout the design phase. “While we were completing our [design, the construction team was] starting to demolish and build piles and foundations,” said Stefano Casula, structural engineer and BIM expert with Italferr. “We had to catch any mistakes and interferences as soon as possible.” To achieve this goal, Italferr incorporated detailed information for construction and operation into the model, as there was little time to significantly alter the model after the design phase. The organization also established an open, connected data environment based on ProjectWise to promote collaboration among the multidiscipline project team and ensure a single source of truth.

Using MicroStation, OpenRoads, and OpenBuildings Designer, the project team designed the entire infrastructure with the 3D digital model and imported LiDAR surveys of the terrain with Descartes. The process resulted in a higher-quality design than what would have been produced with 2D maps. Bentley applications also helped Italferr define standards, templates, and basic criteria to create a digital twin and a unified 3D information model that forms the basis for design, construction, and operation. The process avoids having to alter the model to suit each phase of development, saving time and costs.

To visualize the terrain, steel, and concrete structures - in addition to the mechanical and electrical systems - Italferr created a 3D model that could be consistently updated with design changes. The project team used parametric modeling of individual components to produce an information model that would enable the assembly of the components with extreme precision and accuracy.

OpenBuildings Designer helped the project team determine how to compensate for height changes when designing the diaphragms on the metal deck. These height changes are the result of the transverse rotation of the platform. Italferr created a script that could dynamically read the road track, compare it to the information database, and automatically place diaphragms in the correct position and configuration. By detailing all metal structures with OpenBuildings Designer, OpenRoads, and MicroStation and creating scripts that could automatically place various elements, Italferr could explore numerous solutions in much less time.

The complicated project required input from across the multidiscipline team whose contribution resulted in a design that incorporated 34 separate models. Facing a tight timeline, Italferr had to quickly reconcile any contradictions in the models, using Navigator for clash detection and resolution throughout the process. This practice allowed designers to detect problems before the construction phase, saving time and costs.

To speed the construction phase further, Italferr used LumenRT to visualize the process and determine the exact volumes and quantities of construction materials needed, which enabled the team to predict construction costs more accurately. Similarly, time-based simulations of construction using SYNCHRO Pro helped the team visualize, analyze, edit, and track through to construction and operations. Additionally, visualizing the project using Bentley applications enabled the project team to easily communicate the design to developers, project stakeholders, and the public, streamlining decision-making and project approval. 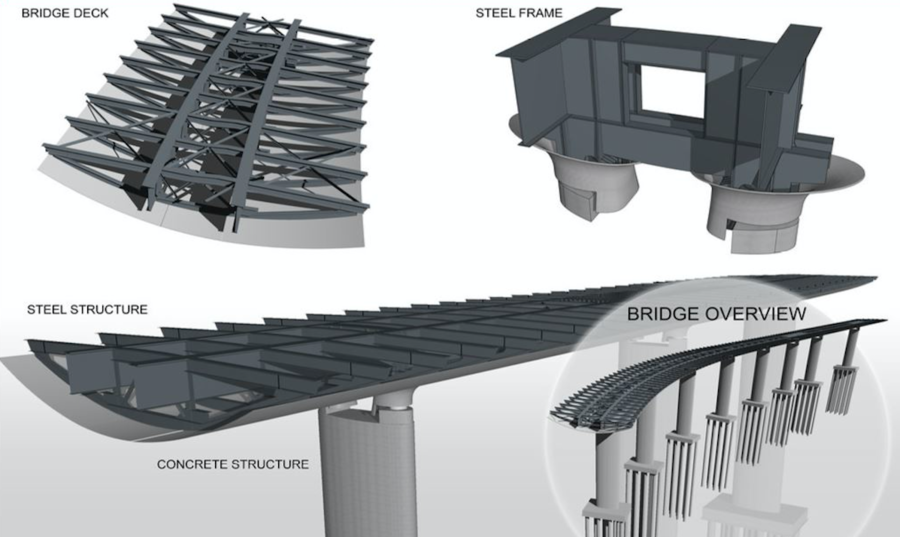 Improving designs within a tight schedule

Leveraging BIM and creating a digital workflow with Bentley applications allowed Italferr to visualize the design with a much higher degree of quality and speed than traditional 2D designs. Using Bentley’s BIM solutions based on OpenBuildings Designer, OpenRoads, and ProjectWise Italferr reduced design costs, improved decision-making, increased accuracy, and improved multidiscipline communication. As a result, the organization reduced the number of clashes in the system and incorporated new safety standards while staying on track with the project timeline, with a scheduled opening in June 2020. Because of Italferr’s work with 4D visualization, the completed bridge will increase the flow of goods and services in and out of Genoa compared to the previous design. Though the collapse caused nearly two years of economic disruption, Italferr’s work does not only restore the important transitway, it sets up the city for continued cultural and economic growth.

“The BIM methodology used in this project follows the digital twin approach. The visibility and insight it enabled allowed us to significantly change the way in which we deal with the design and management of infrastructure work.”, said Daniela Aprea, BIM Manager, Italferr SpA.