The concept of digital twins is finding new applications in the way that we interact with our critical infrastructure like roads and highways, improving reliability and safety, increasing the movement of people and goods, and creating better value for every dollar spent. 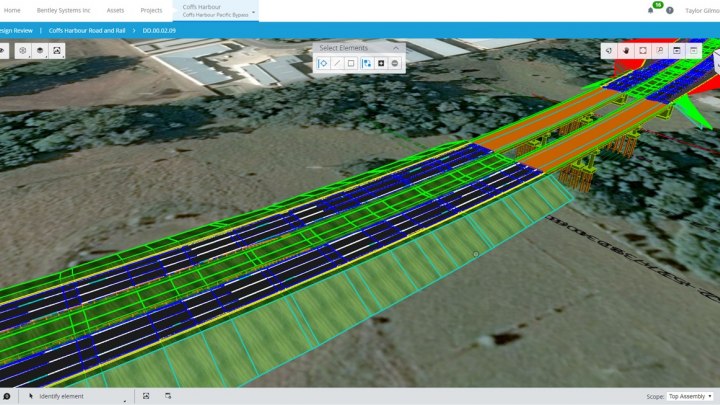 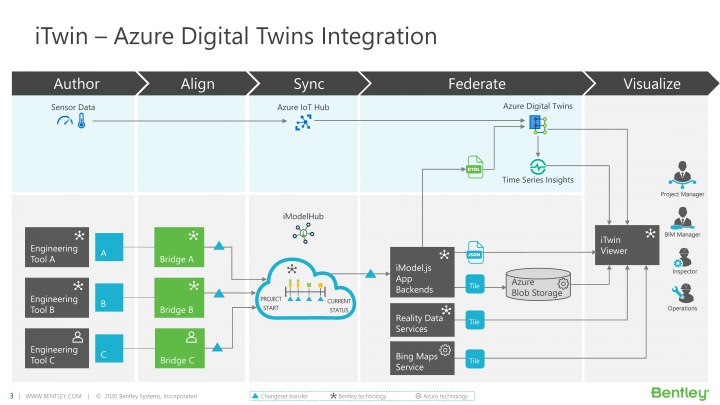 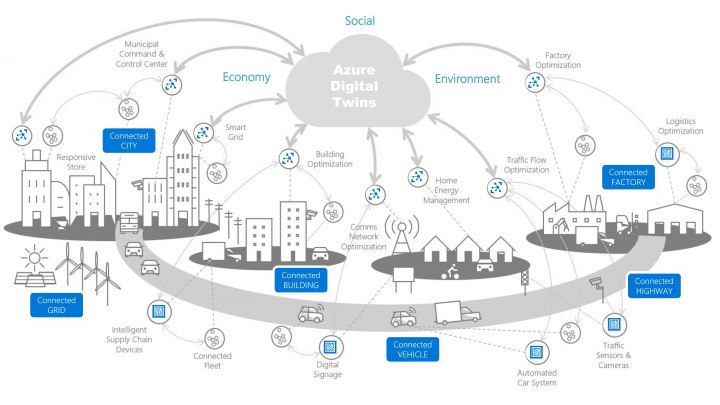 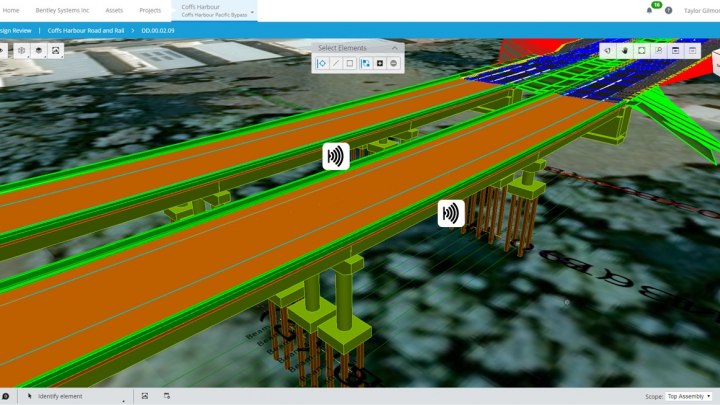 For the Microsoft Build 2020 developer conference, a team from Bentley Systems and Microsoft explained to software engineers and web developers how to federate civil engineering data with Internet of Things (IoT) data to create a “connected highway”. By integrating Bentley’s iTwin Platform and Microsoft’s Azure Digital Twins, the team was able to combine real-time data from air quality and traffic monitoring devices with civil engineering models, maps, and terrain data to create a living digital twin that enables real-time monitoring of critical infrastructure for safety hazards and traffic incidents.

From 0 to 60 in less than three weeks

The Bentley-Microsoft team initiated the project with a virtual one-week hackathon that wired up Azure Digital Twins with Bentley’s iTwin Viewer and iModel.js open-source programming libraries. Next, they federated a model of a section of highway with a reality mesh of the surrounding terrain that had been created from photographs captured by a drone survey. They then connected the IoT data layer to give access to real-time and historic data and analytics. The result: in less than three weeks, the team had a geometrically accurate, visually intuitive and immersive web application accessible from anywhere 24/7 that gives instant access to live highway conditions and sets off alarms when thresholds are exceeded. 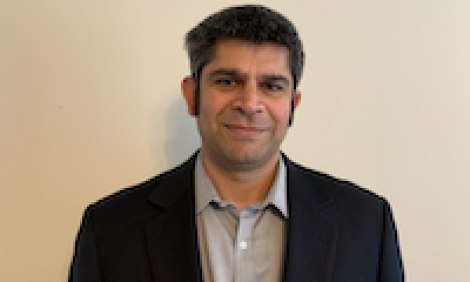 Pavan Emani, vice president, iTwin software development for Bentley Systems, said, “iTwin Platform is a developer platform-as-a-service that has a lot of synergies with Azure Digital Twins and complementary capabilities. Users visualize IoT data in our digital twin viewer and can generate insights in Power BI dashboards and Teams. Microsoft’s cloud-first philosophy aligns with ours, and our platforms enable developers to create and deploy digital twin applications in record time. For our integration with Azure Digital Twins and Azure IoT Hub, we went from zero to 60 in three weeks.”

Bentley’s expertise is in aggregation, alignment, and 3D visualization of complex engineering data, as well as the tracking of change. The front-end of the “connected highway” digital twin runs in a standard web browser and relies on Bentley’s iTwin Viewer for 3D visualization. The back-end cloud services run in Azure and bridge data from multiple data sources. The back-end ingests and normalizes data from 2D computer aided design (CAD) files, 3D building information models (BIM), and geographical information systems (GIS). Projects typically start with the model of their physical environment and then federate data from IoT devices to the model. Azure Digital Twins abstracts the IoT layer and provides APIs, which make it easy for developers to integrate live data.

A significant benefit of the iTwin-Azure Digital Twin integration is the simplification and time saved by developers by automatically generating from the iTwin the digital twin definition language (DTDL) that is required to create the spatial intelligence graph in Azure Digital Twins. 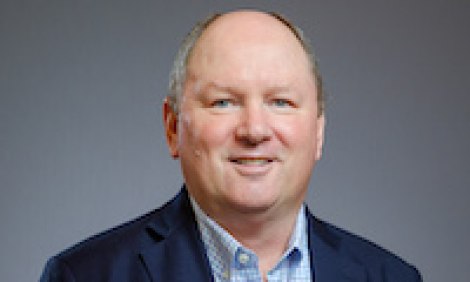 The complexity (and associated engineering density) of transportation, utility, and industrial assets make them ideally suited to digital twins. Having a 3D (or, better yet, 4D) model is a game changer for a highway, an underground metro system, or industrial plant, for example. More importantly, during design and construction and throughout the asset’s operating life, the 3D model changes over time. Logging that change on the asset’s timeline is vital to understand who-changed-what-and-when. Digital twins provide a foundation for predictive and prescriptive analytics, enabling users to respond quickly to incidents with confidence and even anticipate them and head them off before they arise.

Digital twins have the potential for a myriad of use cases, and no single vendor can possibly address all those use cases or foresee how those use cases will evolve over the next five years. So, it is important for developers to design their applications with flexibility in mind. In software terms, that means open.

Pavan Emani, vice president, iTwin software development for Bentley Systems, said, “What differentiates Bentley is its open approach. Open data and open source mean that users retain control and flexibility. We like to say that the greater the engineering density, the greater value we add. But often, there is great value from simply visualizing engineering data in context. Bringing layers of data together into a single pane of glass, or single view of truth, provides an intuitive way for many people to understand and interact with very complex information.”

Combining ET, IT, and OT

Bentley Systems is a leading global provider of software solutions to engineers, architects, geospatial professionals, constructors, and owner-operators for the design, construction, and operation of infrastructure. Bentley has a strategic partnership with Microsoft. Monthly active users of Bentley’s cloud-provisioned applications, including digital twins, made Bentley one of the top 25 consumers of Azure in 2019. In both 2018 and 2019, Microsoft named Bentley as Partner of the Year in its CityNext category.

Jerry King, vice president, Strategic Channel for Bentley Systems, said, “Many of Bentley’s users choose Azure as the cloud platform to manage their data. There is a significant overlap in our user base, so it made sense for us to provide the integration of iTwin and Azure Digital Twins and capture synergies. Our goal is to be the infrastructure digital twin platform company. That means combining engineering technologies (ET) with information technologies (IT) and operational technologies (OT) – think of combining CAD, BIM and GIS data with ERP, EAM data and IoT data to form a digital twin. We surface that IoT data using Azure Digital Twins and Azure IoT Hub.”